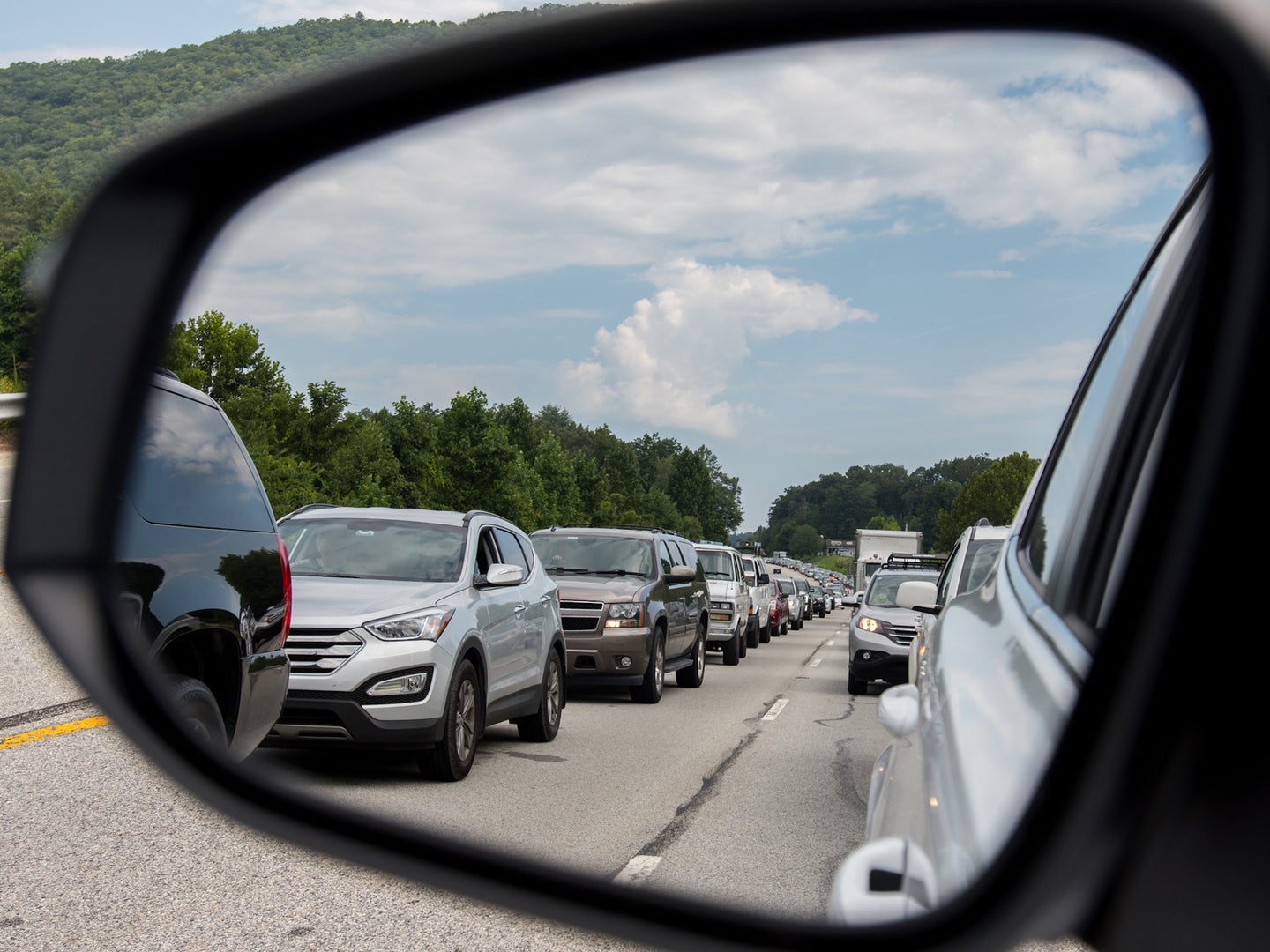 Even the briefest human pauses add up to big bottlenecks. Deposit Photos

Did you know there’s a specific term for the times when you encounter sudden, inexplicable vehicle congestion on the interstate despite no discernible culprit such as rubbernecking or an accident? It’s called a “phantom traffic jam,” and was first identified around 12 years ago by researchers in Japan conducting a simple experiment. Despite telling 20 human drivers to all drive at a constant speed around a circular track, even the briefest instances of individuals’ pressing their brake pedals compounded on one another, resulting in those recognizable traffic fits and starts.

This automotive variation on the “butterfly effect” has been carefully studied ever since, and a research group is now approaching the finish line on a potential solution devoid of any sort of half-baked “self-driving” system. As Associated Press recounts, a recent experiment has shown instances of phantom traffic jams can be reduced by linking cars’ into a single communication network via utilizing newer vehicles’ adaptive cruise control systems.

[Related: The future of open city streets could start with smarter traffic lights.]

An increasing number of cars often come equipped with a sensor array that automatically can slow or speed up cruise control depending on how close you are to the vehicle ahead of you in traffic. Researchers recently set 100 cars traveling in a 15-mile circuit along Nashville’s I-24 from about 6 a.m. to 9:45 a.m. each morning with their smart cruise controls not only enabled, but able to connect with one another. By creating a web of information from multiple cars at varying distances from one another on the road, AI algorithms could adjust drivers’ speeds while taking into consideration conditions far ahead of them. The exact numbers are still being calculated, but the AP notes that one researcher explains, “It’s unquestionable that enhanced automotive technology can significantly reduce phantom traffic jams when implemented at scale.”

It’s important to note that this is most certainly not self-driving car tech, but instead a strengthened driver assist system that can be scaled upwards to great a network of sharable information for vehicles. As such, commuters could hypothetically see such programs on the road far before any kind of real self-driving car. “This is not autonomous driving. This is something we could realize very soon,” explained Liam Pedersen, a deputy general manager for research at Nissan who assisted in the experiment.

Better traffic conditions won’t only easy commuters’ morning and evening stress levels—by reducing the number of stop-and-starts, vehicles will use less gas, and therefore emit less pollution. It remains to be seen if enough automakers will be keen to participate in such a system, although at least one company employee is eager to see it happen. “I certainly hope so,” Pederson told AP when asked if they hope carmakers will join a potential future program, explaining that “the system works best when lots and lots of cars participate.”

Ace IT certification exams with this $20 e-book bundle