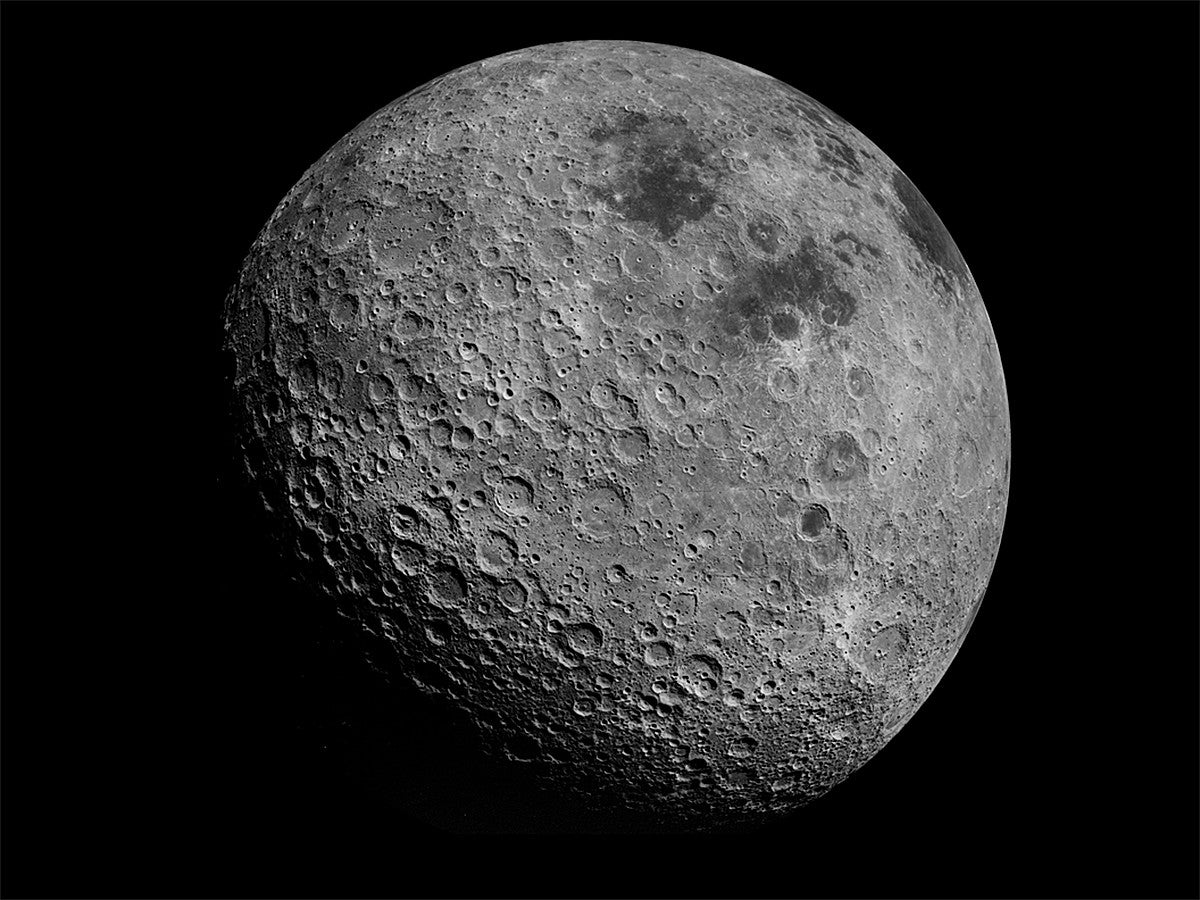 A team of scientists in China analyzed moon rocks recently collected by the country’s Chang’e-5 mission—the first moon rocks returned to Earth since the last Apollo mission in the 1970s.

Experimenting on the new moon rocks in a lab revealed that they contain materials possibly useful as catalysts to make fuel and oxygen on the moon. The team has proposed a strategy for how future lunar explorers could use these catalysts to create critical resources, instead of packing those supplies, one potential way to minimize the cost of long-term space exploration. They published their results on Thursday in the journal Joule.

The fact that the team was able to use data from the new moon rocks and “do this sort of calculation, I think is very impressive,” says Jeffrey Hoffman, former NASA astronaut and professor of aeronautics and astronautics at MIT who wasn’t involved with the research. However, when it comes to the materials and energy needed to create fuel and oxygen, the study lacks any thorough estimates of how the process would scale up, Hoffman says.

The proposed process requires water, carbon, and chemical catalysts taken from the lunar soil. Those catalysts would help split water into hydrogen and oxygen. Carbon dioxide and hydrogen, also with the help of catalysts, could be converted into a hydrocarbon fuel–methane or methanol–to be burned with the newly made oxygen.

But carbon isn’t available on the lunar surface, so the team’s plan requires collecting it from the air of a crew cabin. That process, known as carbon capture, is difficult and energy intensive—and a sought-after technology to mitigate climate change. Questions of how astronauts would separate the carbon dioxide from the air, and how much they can acquire, are still unaddressed, Hoffman says. The process would also rely on water and metals collected from lunar soil, which is another challenge.

The team intends to use synthetic photosynthesis to drive the process, but Hoffman is unsure that a small solar array could provide enough power to create sufficient fuel for something like a return journey.

Hoffman was a member of the team who worked on the MOXIE experiment, designed to generate oxygen from Martian carbon dioxide, onboard the Perseverance rover. The MOXIE experiment needs 300 watts of power—enough to run a small vacuum—“just to make a few grams of oxygen per hour” from carbon dioxide in the atmosphere, Hoffman says. The end result is just a few breaths’ worth of oxygen.

The new lunar study has some clever ideas, such as using the moon’s day-night cycle to heat and cool the reactants and drive part of the process, says Julie Stopar, a planetary scientist who studies the moon’s surface and geology at the Lunar and Planetary Science Institute of the Universities Space Research Association. The challenge will be to “find a way to scale up and make it practical,” she says.

For a system such as this to work on the moon with only local resources, explorers would have to be able to supply just the right ratios of raw materials and be able to minimize waste in the process, she says. Ultimately, it’s a lab experiment that needs to prove it can be scaled, which may take several revisions and adaptations to moon-like conditions. The team assumes that astronauts can get the water necessary for this process from the regions of lunar craters cloaked in permanent shadows.

[Related: Scientists have new moon rocks for the first time in nearly 50 years]

“We have no ground truths there yet,” Hoffman says, regarding how much water there is and how accessible it will be. The water could be in the form of hydrated minerals, or ice crystals, concentrated in clumps, or dispersed in deposits inconveniently far apart, he says. NASA prefers flat landing sites far from craters, which are hazardous–but also the only place where water is likely to exist in useful quantities.

Even if obtainable water exists, harvesting the ice would entail “a mining operation in really, really cold regions,” Hoffman says: 40 to 60°C above absolute zero. “We right now don’t have equipment that works at those temperatures.”

The use of local resources on the moon or Mars would require “a long-term commitment” by NASA, Stopar says. At present, NASA is still in the early stages of figuring out designs for such projects, she says.

Stopar thinks space agencies could start with simpler goals for extraterrestrial materials—for instance, building radiation shelters on the moon from lunar regolith. Then those agencies could demonstrate, at a small scale, how to process lunar soil for water. Mining on other worlds will be very challenging, but MOXIE has already shown it’s possible to make fuel from Mars’s atmosphere.

In the near term, NASA may just send all the oxygen needed to fuel a return journey to Mars. But the agency will literally “pay the price,” Hoffman says. It will be less risky, though require an additional few billion dollars, to ship fuel rather than produce it on the Red Planet. Yet Hoffman is convinced of one thing: If NASA is going to have a sustained Mars exploration program, then sooner or later astronauts will have to start using what they find far from Earth.

The post Lunar soil could help us make oxygen in space appeared first on Popular Science.

Climate change is making the ocean lose its memory. Here’s what that means.

Tiktaalik’s ancient cousin decided life was better in the water