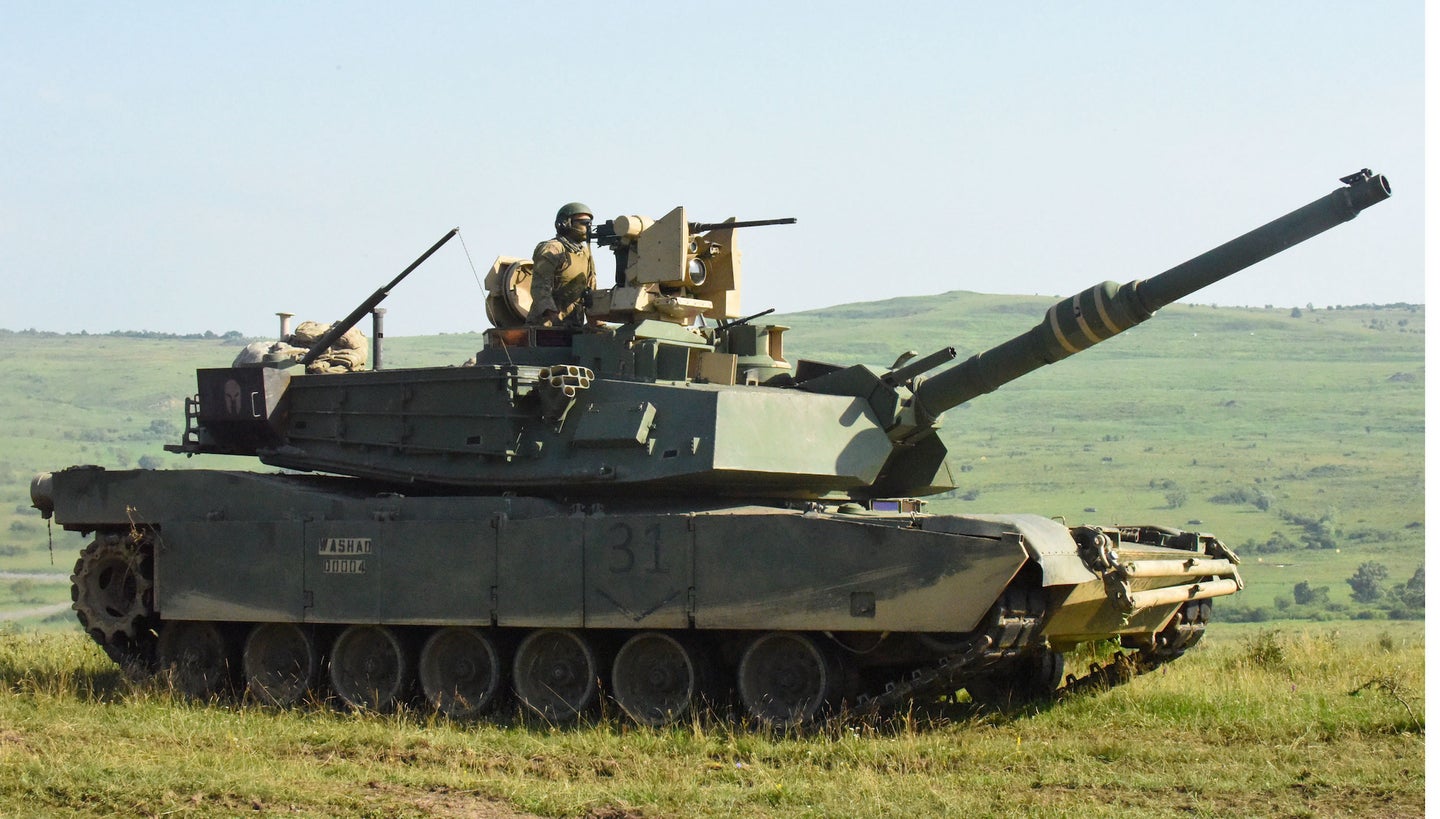 An Army M1 Abrams tank in Romania in 2017. US Army / Kelsey M VanFleet

On Tuesday, the US Army released its climate strategy, a big policy plan that details steps and goals for how this branch of the military will be adapting to climate change, while still preserving its ability to fight wars. The strategy, which outlines everything from greenhouse gas reduction targets to electrification of vehicles, is transformative within constraints. As outlined, the Army is working towards doing what it already does while producing fewer emissions, rather than reducing the scope of its operations.

“The effects of climate change have taken a toll on supply chains, damaged our infrastructure, and increased risks to Army Soldiers and families due to natural disasters and extreme weather,” wrote Christine E. Wormuth, Secretary of the Army, in the foreword to the strategy. “The Army must adapt across our entire enterprise and purposefully pursue greenhouse gas mitigation strategies to reduce climate risks.”

For its more than 130 installations across the globe, the Army intends to incorporate on-site carbon-pollution-free power generation by 2040, which suggests wind and/or solar power, but possibly other options as well. Heating and powering buildings is a major source of energy use, though one the military has passively gotten better at, as it has reduced the number of bases it maintains and builds new facilities in accordance with energy efficiency standards.

[Related: The Army’s Infantry Squad Vehicle seats 9 and can be dropped from a cargo plane]

Shifting its vehicles from fuel-based to battery-electric reduces vehicle emissions, and it also means that the Army becomes less dependent on fuel convoys, which are themselves resource intensive and vulnerable to attack. Vehicle electrification in the strategy becomes a way to reduce dependency on fossil fuels narrowly in the field, and generally in the world.

Training, with a special focus on the Army Corps of Engineers, is a way to ensure that new bases are designed with an eye towards sustainability in conditions changed or worsened by climate. This could include everything from thawing permafrost to drying soil, each of which changes standard procedures and needs to be designed around.

The Army’s core function is war, or as it is clunkily outlined in the strategy, “deploy, fight, and win the nation’s wars by providing ready, prompt, and sustained land dominance as part of the Joint Force.” Acknowledging the warming planet, and the changes it brings to weather, terrain, and human activity, is crucial if the Army is going to be able to continue to fight in wars.

The Army, like most institutions and countries with an express goal of reducing their overall climate impact, has set its target as net reductions in greenhouse gas emissions over time, a metric that has been called out specifically by activists like Greta Thunberg as inadequate, because it includes sometimes-flammable offsets as well as outright reductions. (For example, forests designated in California as protected carbon offsets burned in wildfires, showing the offset was at best temporary.)

The Army’s goals include a net-50-percent reduction in greenhouse gas pollution by 2030, relative to 2005 levels, and net-zero emissions by 2050. (The United States typically cites its initial reduction goals with a comparison to the year 2005, which for the Army means a time in which it was massively deployed in Iraq and Afghanistan.) That reduction is a big ask for a military that runs on fossil fuels. The M1 Abrams, the Army’s standard battle tank, gets about 0.6 mpg.

Tanks are an especially hard vehicle to convert to electric power, because by design they rely on heavy armor. Other, lighter vehicles could be made electric much sooner, and the Army is actively planning for electrification of two different motor pools. By 2035, the Army plans to electrify all of its non-tactical vehicles—the trucks and cars that transport people and goods within bases. Bringing electric vehicles to the battlefield is also in the strategy, but it will take longer: the Army plans on fielding hybrid-electric combat vehicles by 2035 and full electric ones by 2050, with the charging capacity to match.

It’s a big move towards spurring electrification of ground transport, which could have an outsized impact simply because of how many vehicles the Army uses.

According to a 2019 study on military fuel consumption and climate impact by Neta C. Crawford of Brown University, the Army consumed the second-least amount of fuel relative to the other forces, trailing only the Marine Corps. In part that’s by function: the Navy has to sustain ships and planes, and the Air Force is responsible for transport by air, in addition to operating fighters and bombers. While some individual ground vehicles, like the Abrams, may get less than a mile per gallon, planes like the B-2 bomber still consume 4.28 gallons per mile traveled, and travel orders of mangitude greater distances. Flying remains a much greater source of emissions than ground transport.

While the Army’s specific consumption is less than that of the other services, it relies on other vehicles for long-distance transport. Using electric vehicles, especially ones that draw from renewable power sources, is one way for the Army to reduce its own footprint. But it still has to get those electric vehicles into the countries where it fights war, and that will for the foreseeable future rely on transport by vehicles that emit greenhouse gasses.

“More significant reductions in greenhouse gas emissions will be gained by restructuring the US military posture, including reducing US military operations and installations worldwide, and closing bases in the US. Base closures could also lead to significant carbon sequestration if those public lands are reforested,” writes Crawford.

Throughout the strategy, the Army outlines plans for how it can recreate existing patterns of energy use, but switch over to more efficient methods and renewable sources. It is a plan for the greening of an existing military, rather than the creation of an environmentally neutral branch of the military from scratch.

The post This is the Army’s plan to battle climate change—and still fight wars appeared first on Popular Science.

BorgWarner Presents New Products for the Aftermarket at Automechanika Frankfurt 2022