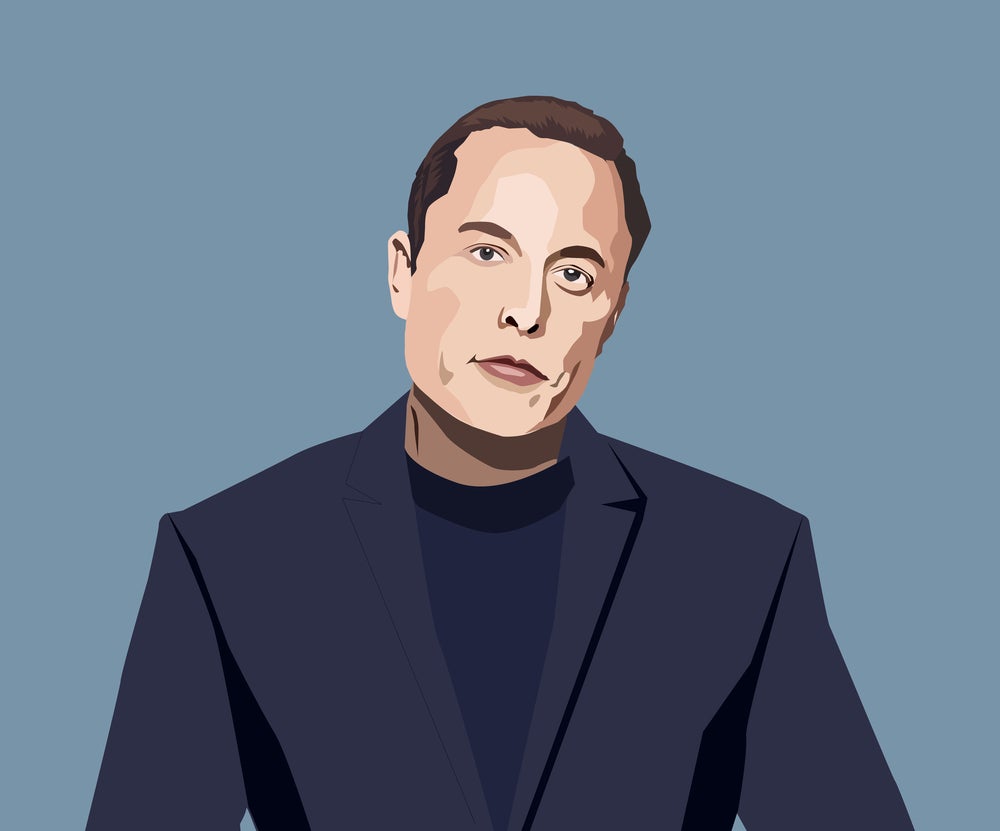 Elon Musk is now on the Twitter board after buying a majority stake in the company. DEPOSIT PHOTOS

Elon Musk, the billionaire CEO of Tesla and SpaceX and a longtime Twitter provocateur, now owns a 9.2 percent majority share of Twitter and has been given a board seat at the company. For comparison, Jack Dorsey, Twitter’s former CEO, only owned a 2.3 percent stake.

Parag Agrawal, Twitter’s CEO, wrote a welcome post on the platform today, noting that Musk is “both a passionate believer and intense critic of the service, which is exactly what we need on Twitter, and in the boardroom, to make us stronger in the long-term.” Musk is currently the 8th largest user on Twitter, with more than 80 million followers. In response to this post, Musk tweeted that he was looking forward to making “significant improvements to Twitter in the coming months.”

According to a filing with the Securities and Exchange Commission, Musk’s board term will expire in 2024. And as long as he continues to serve on the board, he cannot own more than 14.9 percent of the company’s common stock. The Verge wrote that Twitter’s move to appoint Musk a board seat may be a tactic to prevent him from taking over the company by buying a controlling share.

His investment was announced days after he publicly questioned the company’s commitment to free speech and suggested that he might start his own social platform, The Washington Post reported on Monday.

Several outlets are speculating that Musk could be preparing to take on an activist investor role at Twitter. Activist investors buy big shares in companies to influence how they’re run. A traditional activist investor takes an important position in a company, installs board members aligned with a certain point of view, and uses their new power to make financial and operational changes with the goal of increasing the company’s share price, explains Zeve Sanderson, executive director of NYU’s Center for Social Media and Politics. “Given that Musk has made it clear that he desires significant platform changes, I’d expect that the internal activist battle he fights is not about share price per se, but about the nature of Twitter as a platform for public speech and debate.”

Musk might seek to use his position to change Twitter products, content moderation rules (what gets labeled and removed), and enforcement practices (such as when to deplatform a user), Sanderson adds.

The New York Times noted that Musk has previously voiced his belief that users should be allowed to choose what types of tweets they see and what order they see it in, challenging Twitter’s core algorithm. And yesterday, Musk published a poll asking his followers whether they wanted an edit button, a message that followed an April 1st tweet from the official Twitter account teasing the feature.

Relatedly, Musk has gotten in trouble with the SEC for his past Tesla-related tweets on social media, and now requires a “Twitter sitter” lawyer to review his posts before publication, Quartz reported.

Musk’s entry into the social media company also comes in the midst of a leadership switch-up: Dorsey stepped down from his position in November and has said that he will leave the company’s board next month when his term ends.

Twitter has changed a lot since Dorsey, Noah Glass, Biz Stone, and Evan Williams first founded it in 2006. It has added new tools and features (including hits and many misses) supporting audio, short-form video, NFTs, and more on top of its in-the-moment text posts, which have expanded from their original 140 character count to the present-day 280—and it is intent on continuously reinventing itself, as The New York Times pointed out. Many Twitter executives have expressed interest in decentralizing the platform. In this decentralized vision of Twitter, users, like Musk has advocated, would be able to customize their own feed algorithms.

During this time, the company faced continued criticism from lawmakers and regulators regarding its content moderation strategies, with some saying that it was too little, too late, and now too much. Engineers at the platform have already been trialing a series of new methods to combat misinformation and hate speech.

Ultimately, it’s unclear to what extent Musk will truly shape Twitter in the future. “I’d be wary of linking any platform changes with Musk’s involvement,” Sanderson says. “And of course — Musk being Musk — this could all be little more than a new joke on Twitter in a long line of jokes on Twitter.”

The post Twitter was already evolving before Elon Musk bought into it appeared first on Popular Science.

Source: popsci.com
Twitter was already evolving before Elon Musk bought into it

Placentas are full of secrets. These researchers want to unlock them.

Scientists are disagreeing on the effects of invasive species