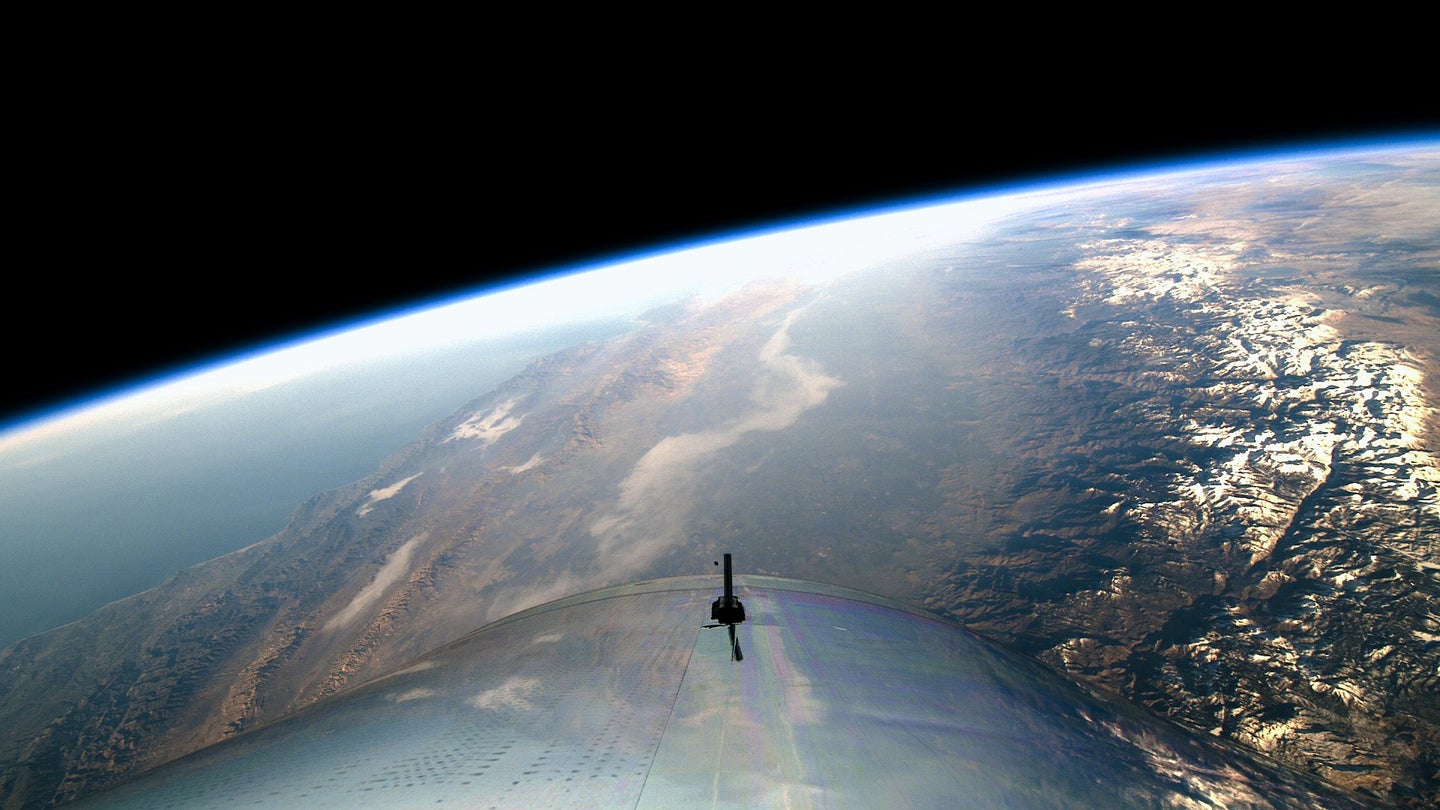 The ticket price to sample the final frontier is $450,000. Virgin Galactic

Those with an astronomical amount of money in the bank who are itching for an out-of-this-world vacation have a new option: Virgin Galactic announced on Tuesday that it’s opening up spaceflight ticket reservations to the general public on February 16. That means you have a matter of hours left to scrape together the $150,000 deposit needed to reserve your place to get a ticket to space. The total ticket price is $450,000, with the rest due before takeoff.

Virgin Galactic is promising some unique experiences in exchange for that hefty fee. Ticketed passengers will spend several days preparing for their flight in New Mexico, staying at custom accommodations with “world-class amenities” as they get in astronaut shape. The actual journey itself will be 90 minutes, including a “signature air launch and Mach-3 boost to space” that will propel passengers into “several minutes” of suborbital weightlessness and a chance to gaze down at Earth from the 17 windows lining the spaceship.

The reservation will also provide access to Virgin’s Future Astronaut membership community, which the company says will come with its own lineup of activities and perks. While the press release didn’t offer any specifics when it comes to actual flight dates, Virgin Galactic CEO Michael Colglazier said they are looking to have their first 1,000 customers on board “later this year.” If that all sounds exciting, you can start an application process ahead of the ticket sales on Virgin Galactic’s website.

Virgin Galactic launched its first fully-crewed civilian-carrying suborbital flight last July, which counted the company’s founder, billionaire Richard Branson, as one of its passengers. The mission was touted as a successful step towards space tourism, despite a path detour that sparked a Federal Aviation Administration (FAA) investigation and temporarily halted future flights. The FAA has since closed that inquiry, allowing the company to resume launches.

And while Virgin has been planning to get paying participants onboard for more than a decade, with a waitlist rumored to include celebrities, Blue Origin beat it to that milestone, bringing the first paid customer to space also in July of 2021 (as well as its own billionaire founder, Jeff Bezos). Blue Origin has since sent multiple other space tourists into flight, including “Good Morning America” host Michael Strahan. The company has remained tight-lipped about its pricing, though The New York Times said in October it was nearing $100 million in spaceflight ticket sales.

Though both Virgin and Blue Origin are focused on suborbital flights, the tech they use to get there is notably different. Virgin’s spacecraft is attached to a large aircraft that takes off in the traditional way, then drops it at a high altitude. After a brief freefall, the spacecraft fires off its rocket motor, which propels it to the edge of space. Its winged design then allows it to maneuver back down. Blue Origins uses a more traditional method of launching a capsule on a rocket booster, which later separates, sending the capsule into a sustained freefall. The capsule employs parachutes to make its way back down safely.

The third entry in the billionaire space race is SpaceX, which focuses on orbital flights, sending passengers deeper into space for longer durations using a rocket and capsule model like Blue Origin. SpaceX made its own historic foray into space last year, launching four civilians into orbit in September. The trio of companies have earned both praise and criticism for these trips, with some acknowledging their scientific potential while others point to their adverse climate impacts.

Despite that criticism, the companies are showing no signs of slowing down—just ahead of Virgin’s ticket release, The New York Times reported that SpaceX is planning a trip that would include the first ​​non-government astronaut spacewalk. While the flight would carry one billionaire passenger, Jared Isaacman, SpaceX’s resident billionaire and founder, Elon Musk, has yet to make the cosmic journey himself—though, according to The Wall Street Journal, he previously booked a ticket with Virgin Galactic.

The post Virgin Galactic will fly you to space for the price of a house appeared first on Popular Science.

Source: popsci.com
Virgin Galactic will fly you to space for the price of a house