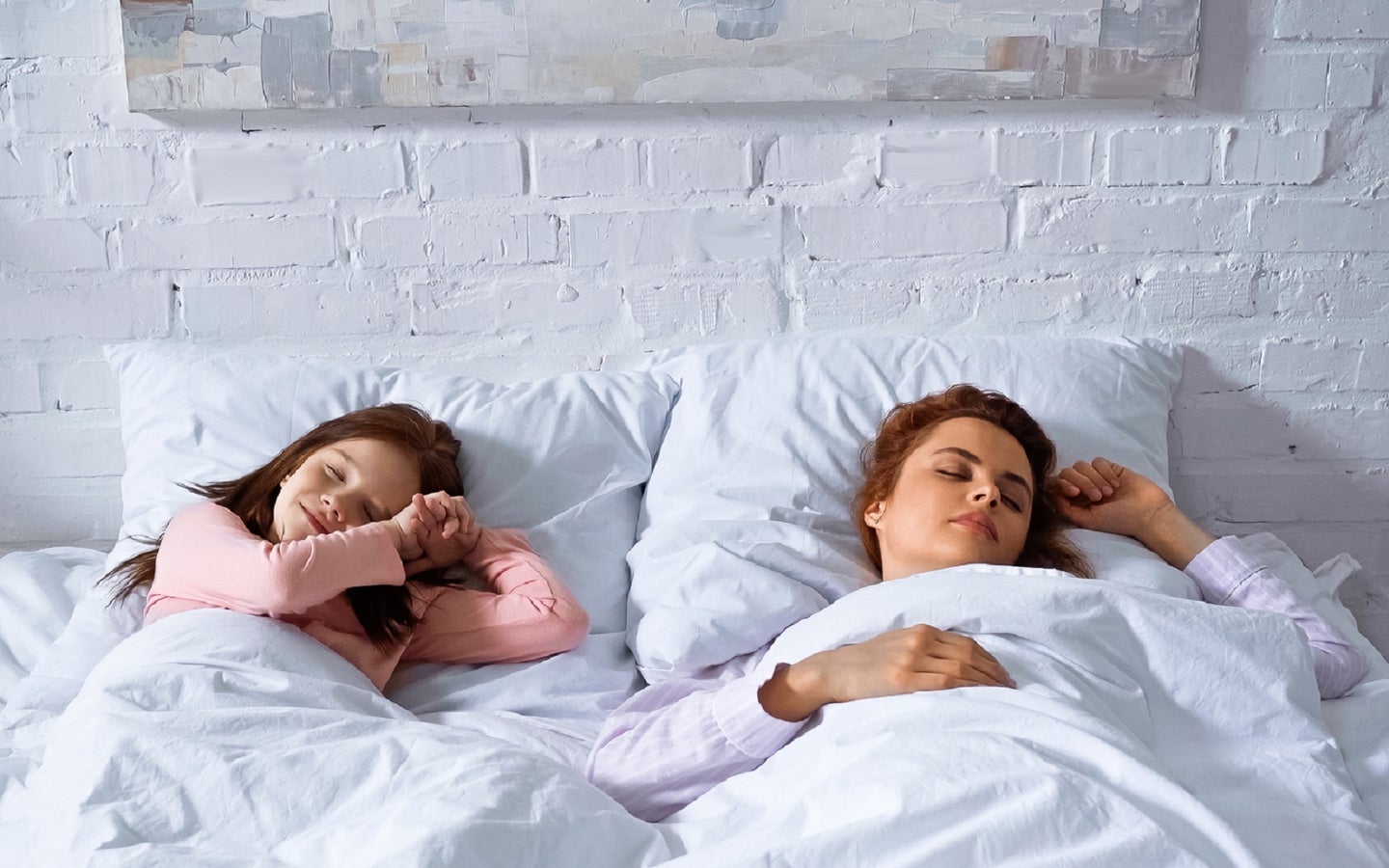 Melatonin supplement poisoning is on the rise, especially among kids. Deposit Photos

Since the emergence of COVID-19, sleep troubles have been on the rise. One way that people have been coping with pandemic-induced stress is by taking melatonin to help them slumber.

However, experts caution that melatonin probably isn’t a good option for long-term insomnia. In very rare cases, the hormone can make children sick if they ingest too much.

“It’s important, especially in kids, not to use melatonin until you’ve spoken with your pediatrician or your sleep doctor,” says M. Adeel Rishi, a pulmonology, sleep medicine, and critical care specialist in Indiana and vice chair of the American Academy of Sleep Medicine Public Safety Committee.

If you do decide to take melatonin, here are a few things to keep in mind.

Melatonin is a short-term fix

Melatonin is a naturally occurring hormone found in all mammals that controls the sleep-wake cycle. It’s produced by the pineal gland in the brain and also helps regulate the “ebb and flow” of our body temperature and blood sugar, Rishi says.

Melatonin can be used to treat circadian rhythm problems such as jetlag. Short-term use of melatonin “appears to be safe for most people,” according to the National Center for Complementary and Integrative Health at the National Institutes of Health.

“In a situation where you have acute insomnia—all of a sudden having difficulty sleeping—I think for adult patients up to 5 milligrams of melatonin is probably appropriate for a few days,” Rishi says. (Timing recommendations can vary from 30 to 90 minutes before bed, but never right before.) If you experience side effects such as excessive sleepiness or dizziness, stop taking melatonin and check in with your doctor, he advises.

There’s limited evidence that melatonin is effective for chronic insomnia, and it’s unknown whether taking the hormone over extended periods could have any health consequences.

“We have better options than melatonin when treating patients with chronic insomnia,” Rishi says. “The Academy recommends using cognitive behavioral therapy as the first-line approach for most patients…once it’s done the right way, the effects are longer-lasting than pharmacological approaches.”

It’s very rare for children to become seriously ill from taking too much melatonin, says Katharina Graw-Panzer, a pediatric sleep medicine expert at Weill Cornell Medicine and NewYork-Presbyterian Hospital. However, there isn’t data on whether melatonin could have any effects on children’s development over time.

With a pediatrician’s supervision, children can take the hormone at very low doses and for brief periods to help regulate their sleep schedules, Graw-Panzer says. But it shouldn’t be the first option parents try. “Before we start melatonin, most importantly we have to work on good sleep habits in children, or sleep hygiene,” she says.

Because melatonin is categorized as a dietary supplement in the states, it doesn’t have the same rigorous oversight that prescription or over-the-counter medications receive from the US Food and Drug Administration (FDA).

This means that the actual amount of melatonin might not match what the bottle claims. A 2017 study in the Journal of Clinical Sleep Medicine found that the concentration of melatonin in commercial supplements ranged from 83 to 478 percent of the labeled content. Furthermore, eight of the 30 supplements were contaminated with serotonin—another naturally occurring compound that is targeted by some antidepressants, and which shouldn’t be taken without a doctor’s guidance, Rishi says.

The lack of regulation for melatonin makes it difficult for researchers to study its potential long-term impacts. “Whatever data we have available is hard to compare head-to-head, because you really don’t know what they were using in the study: how much it was, whether there was an impurity,” Rishi says.

However, he adds, there is a way to check whether a melatonin supplement has a dosage that reflects what’s marked on the bottle: Look for a USP label. Products that bear this label must meet standards for key attributes such as potency and purity established by the nonprofit United States Pharmacopeia.

Kids are getting sick from melatonin

As melatonin has become more widely available and popular over the past decade, there has been a dramatic rise in cases of children unintentionally swallowing melatonin.

The annual number of pediatric melatonin ingestions reported to poison control centers increased by 530 percent from 2012 to 2021 for a total of 260,435 cases, indicates a study released last month by the Centers for Disease Control and Prevention (CDC). About 84 percent of the children experienced no symptoms, but 287 required intensive care and five needed to be put on mechanical ventilators. Two young children, aged three months and 13 months, died in their homes.

“The dose recommended in children is significantly lower than what is recommended in adults, and if you take too much of anything you have an overdose,” Rishi says. “Although it’s come to attention really in the last couple of years, we know that cases of melatonin among children have been on an upswing even before the pandemic.”

Signs of a melatonin overdose may include nausea and vomiting, low blood pressure, lethargy, excessive sleepiness, dizziness, and confusion, he says.

[Related: How to get your kids on a healthy sleep schedule]

The largest annual increase in pediatric melatonin ingestions coincided with the beginning of the COVID-19 pandemic, the CDC noted. This might be because melatonin use increased among stressed-out adults, and children were spending more time at home–in closer proximity to the supplements–due to school closures.

As a largely unregulated supplement, melatonin often is sold in bottles without child safety caps and comes in formulations such as gummy bears that kids find particularly appealing. Furthermore, adults may not be as safety-conscious of a product sold as a supplement rather than a medication, Rishi says.

“You put all of that together and it’s not hard to see why we are seeing these reports” of melatonin ingestion, he says. “It’s this perfect storm that we’re in.”

For melatonin to be used safely, Rishi says, “it all starts with changing how it’s marketed.” Ideally, he says, melatonin would fall under the same rigorous scrutiny that the FDA gives other medicines. “Through that hopefully the public perception of melatonin will change somewhat and people will start regarding it as a medication and will be more safety conscious.”

Graw-Panzer emphasizes that melatonin should be stored out of reach of children.

“What is important to always remember is that melatonin,” she says, “even if it’s over the counter, is still a medication.”

The post Yes, you can overdose on melatonin. Here’s how to use the sleep supplements safely. appeared first on Popular Science.

Source: popsci.com
Yes, you can overdose on melatonin. Here’s how to use the sleep supplements safely.

Ever heard of giant bacteria? This new species is way bigger and weirder.